Part 2: Christmas Day and Our Weekend at the Bricker's 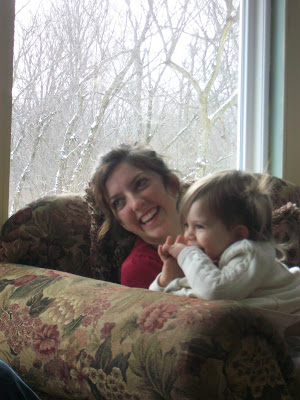 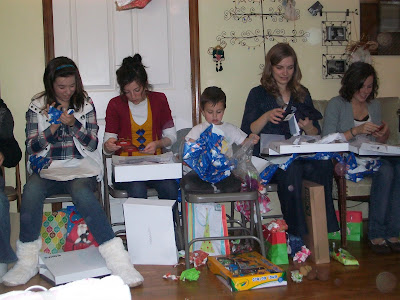 After opening presents, Ethan went around collecting the trash. I thought he was just being a good helper,and I had one of those "oh everyone look what my kid is doing" kind of moments, but no. He was collecting ammo. He hid the paper balls behind his chair for easy access. 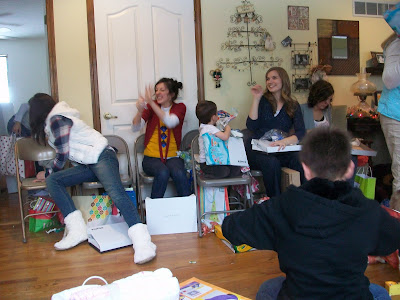 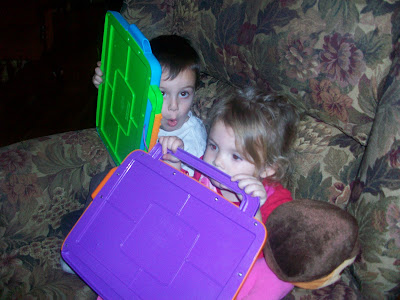 Watching Night at the Museum 2 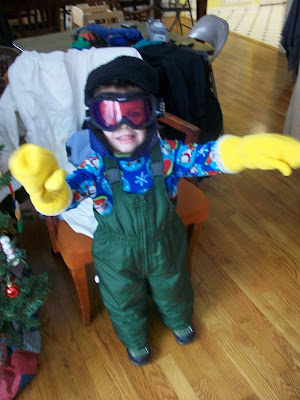 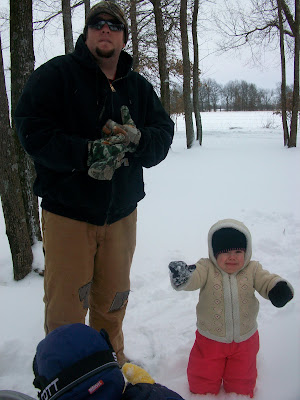 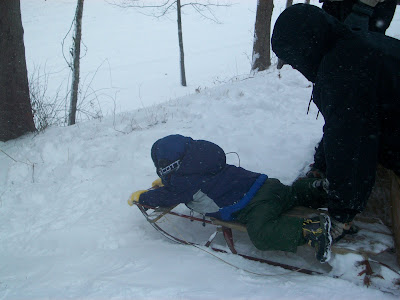 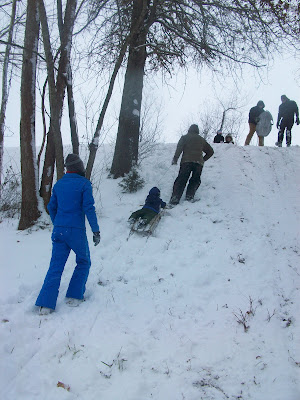 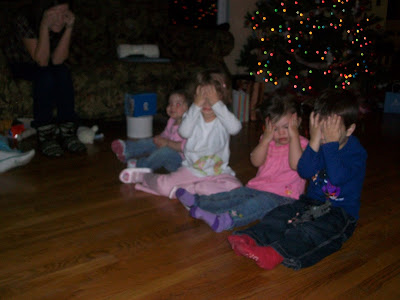 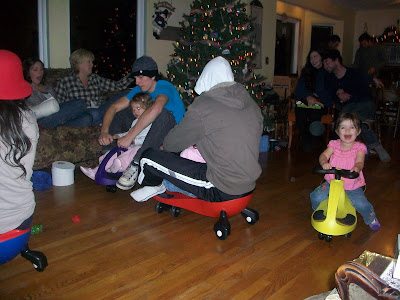 It's hard to tell who enjoys these things more. They are pretty fun. 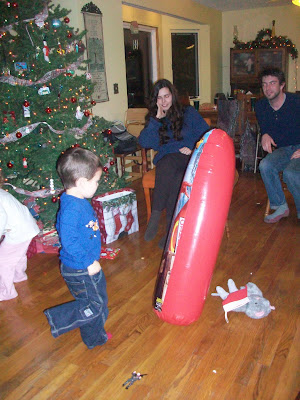 When this was unwrapped, I actually thought to myself,"That thing won't last long." 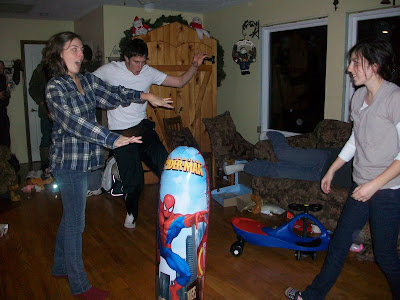 And I thought it would take a few days at least. 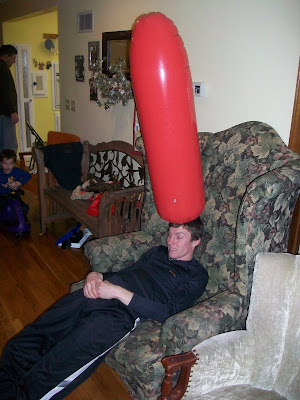 But they must not make them like they used to, because I just can't figure out 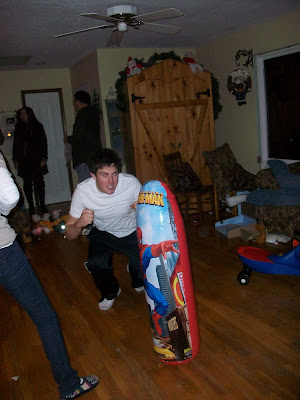 how it could have broken 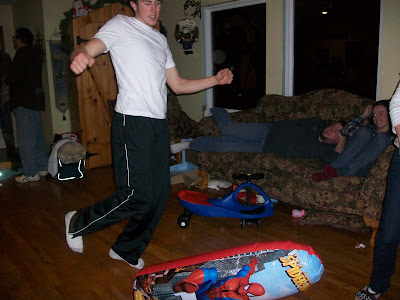 in less than 2 hours. Mind boggling.
And if anyone with long, beautiful hair and a weird sense of humor-say, someone who eats oranges like this: 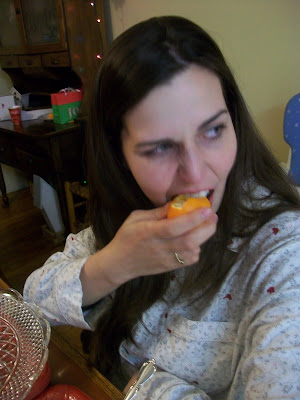 is ever at your house, don't let her near your baby. 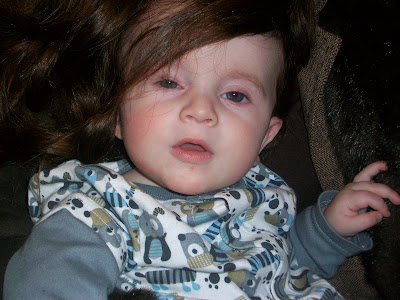 It's really for the best. 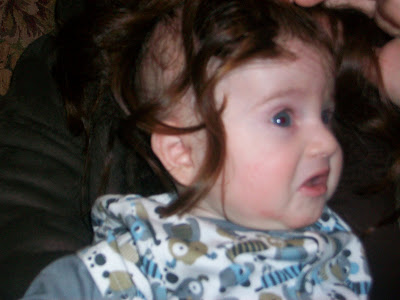