'Twas the Week Before Christmas 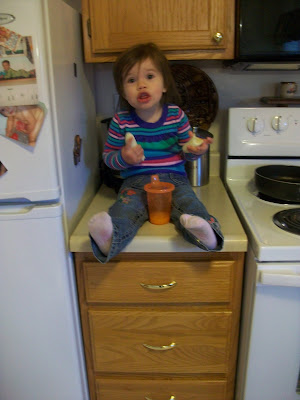 Can anyone else believe that Christmas is next week? How can that possibly be? Caden is 4 months old. Where does the time go? 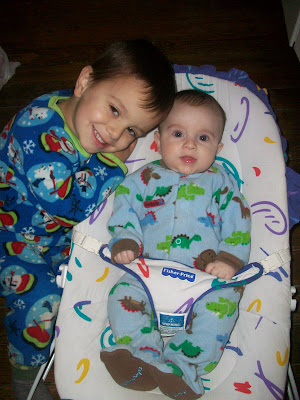 Here's the little bugger. He's laughing and rolling over and growing like a weed. Isn't he handsome? 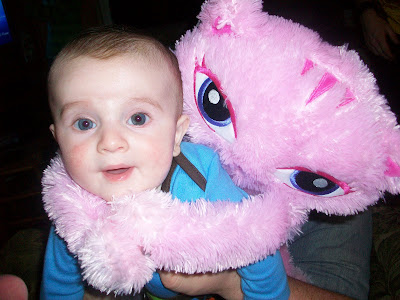 He's the cat's meow.
*
We've got a lot to look forward to in the next week. Like Jeremiah's work party on Saturday. I've never been to a work function with him since we've been together, which could have one of two explanations:
1. It's me
2. It's them
But now he's the boss and he has to go, and I get to go too. Its at a bar.
Nothin says "Happy Birthday Jesus" like taking shots and playing pool.
Just kiddin though. I haven't played pool in years.
*
~Merry Christmas!~
Posted by jessie at 12:20 AM