Our House: Where Past and Present Collide 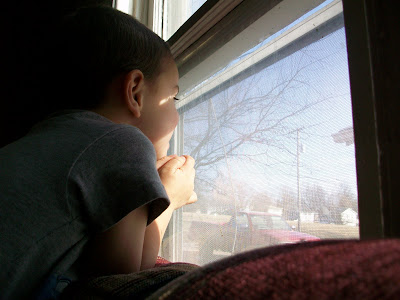 When I was growing up, we lived for a short time in a house close to where my brother lives now. It was a great house because it had a nice screened- in 2nd story porch overlooking a backyard with trees and a tall privacy fence with a gate on each side of the house. We had a camp out in our tent there once. I ran an unbelievably long extension cord from the house to the tent so I could listen to my boombox/cassette player. A girl's gotta have tunes, even while fake camping.

But that has nothing to do with where this story is going.

So this privacy fence was awesome. It had some holes here and there out of which to spy on neighbors or people passing by. And my brother, sister, and occasionally some of our neighborhood friends would do just that. See back then, we didn't have facebook. If we wanted to be creepy and weird, we had to do it in person.

One day (well, there were probably a few times we did this, but this one day in particular) my brother had a bright idea:

'Let's hide behind these trees and I will throw my rubber snake into the road so the cars will run over it! Come on guys it'll be fun!"he said.

See, we had a row of trees lining the sidewalk between our house and the road. The trees were a good hiding spot and we could easily run into the backyard and lock the gate behind us if trouble ensued. It seemed the perfect plan at the time...

So we threw the snake in the road a couple of times. It got ran over a couple of times. Then somehow it got thrown into the back of a passing truck.We hid. The driver hit the brakes. I think my brother wet his pants. It was the thrill of a lifetime.

We ran into the relative safety of the backyard. I think the driver returned the snake to my dad at the door, who in one way or another returned it to my brother. I'm sure the phrase, "No more snake throwing!"was never uttered so menacing as that day. I was reminded of that fateful day this morning while Ethan made a game of staring intently out the living room window in search of moving cars. When one would pass, he would duck and cover, with pretend fright and very real glee. 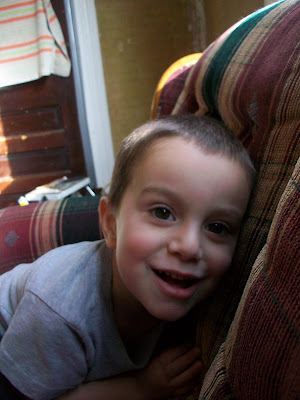 He made me play too, but I rather enjoyed it.